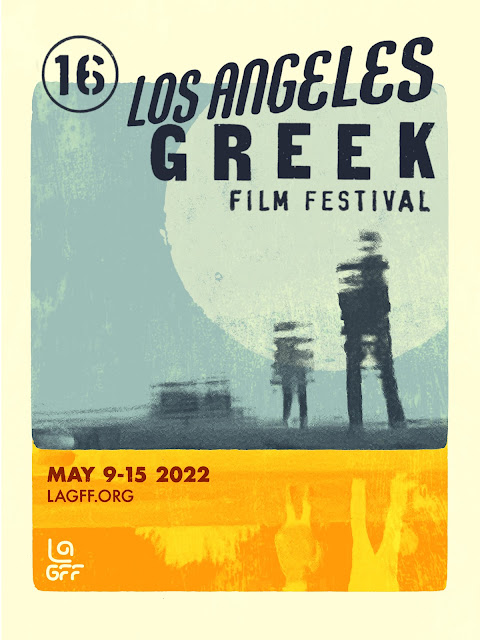 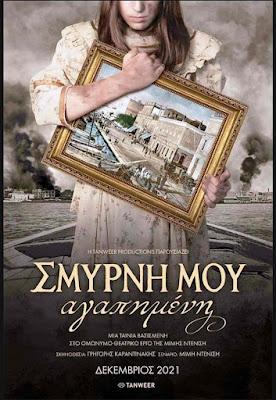 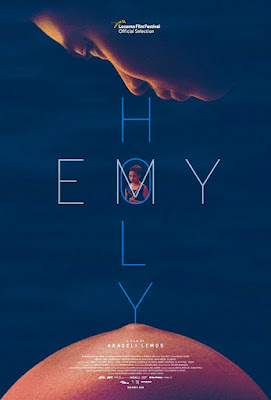 OPENING NIGHT FILM - SMYRNA, MY BELOVED (Σμύρνη μου Αγαπημένη)
Filio Baltatzi, an elderly Greek-American woman, goes to the island of Lesvos to help the refugees. She has a secret: almost a century earlier, her family lived on the island when they themselves were refugees, fleeing Smyrna after the destruction of the city. Filio’s grandmother’s diary tells the story of the family’s turbulent history, shaped by tragic international developments. Filio is accompanied to Lesvos by her reluctant granddaughter, and different generations of women in the same family come together in space and time, through the threads of history, as past and present become one.
CLOSING NIGHT FILM - HOLY EMY (Αγία Έμυ)
After their mother returns to the Philippines, sisters Emy and Teresa live in the tight-knit Filipino Catholic community in the port city of Athens. But when Teresa gets pregnant, Emy is increasingly drawn to mysterious forces that live within her.
2021, Locarno International Film Festival, Switzerland – Best First Feature – Special Mention
FESTIVAL HIGHLIGHTS:
THE POMEGRANATES OF NAGORNO-KARABAKH (Τα Ρόδια του Ναγκόρνο Καραμπάχ)
Thomas Sideris travels to the disputed region of Nagorno-Karabakh, a hotbed of fierce confrontation between Armenia and Azerbaijan and extensive military operations for at least thirty years, and records the mass exodus of Armenians from their ancestral homeland. Sideris focuses on people, as they leave their homes, jobs, and fields, following a long refugee path without knowing where or when it will end.
THE STUDENTS OF UMBERTO PRIMO (Οι μαθητές του Ουμπέρτο Πρίμο)
Under Nazi occupation. 96% of the Jewish population of Thessaloniki, Greece was sent to Auschwitz. The Students of Umberto Primo brings to life the adventures, hopes, and dreams of nine Jewish students, based on the archive found by an Italian professor and on testimony from two of the protagonists. 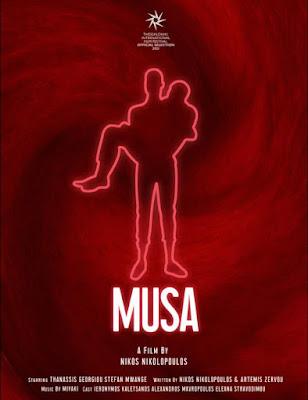 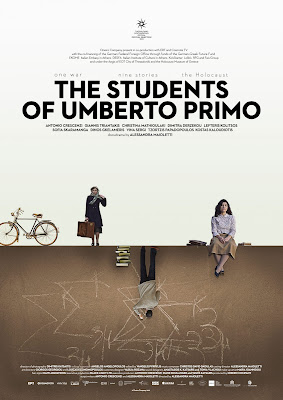 FEATURE FILMS:
18
In a working-class neighborhood of Athens, amid the economic crisis, the resurgence of fascism, and Covid-19, a group of 18-year-old students persecute immigrants, queers, and anyone else who is different. A classmate of theirs refuses to hide his dislike for their actions and soon becomes their target.
MUSA
The love story of Simos and Musa: A descent into darkness led by Simos. Musa wants to leave. In his attempt to stop him, Simos opens and closes the door that separates dream from reality. Will he lose Musa? Himself? Or himself in Musa?
MONDAY
Mickey and Chloe, two Americans in their mid-thirties who live in Athens, meet one whirlwind weekend in the heat of summer. Chloe’s time in Greece is drawing to a close, so she decides to explore whether one weekend’s passion can withstand the reality of the inevitable Monday.
MOON, 66 QUESTIONS (Σελήνη, 66 ερωτήσεις)
After years of absence, twenty-something Artemis returns to Athens to care for her frail father, whom she has never really known. She discovers a well-kept secret from her stoic father’s past, and for the first time, she is able to understand and truly love him.
PATCHWORK
Chara’s family is everything to her, yet she sometimes ponders a life without them. Unable to talk to anybody about her internal turmoil, she carries the burden of guilt and confusion by herself. When she strikes up a hesitant friendship with the shy yet defiant daughter of her new boss, she is forced to confront her existential angst and face a painful past she’s been trying to forget.
SAISON MORTE
A twisted story of deception and betrayal, Saison Morte is a thriller set on an island nearly deserted for the winter. Two mysterious, violent murders have taken place in a secluded hotel, and the only person who can explain what happened is a wounded man named Christos. But the police can’t confirm Christo’s far-fetched story, nobody is who they appear to be, and Christo’s situation grows ever more dire.
PACK OF SHEEP (Αγέλη Προβάτων)
Thanasis can’t pay off his debt to Stelios. When he finds out that Apostolis is in the same position, he asks Apostolis to join him to make a better deal with Stelios. As Thanasis tries to put more players into the game, two young gangsters arrive in town to push over the debtors. 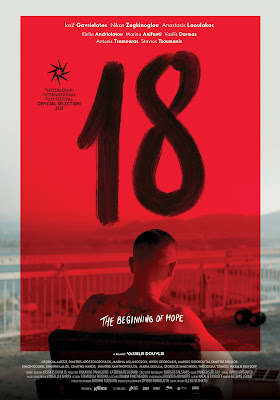 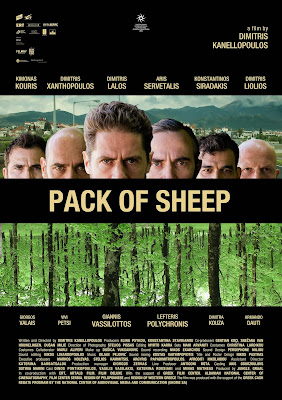